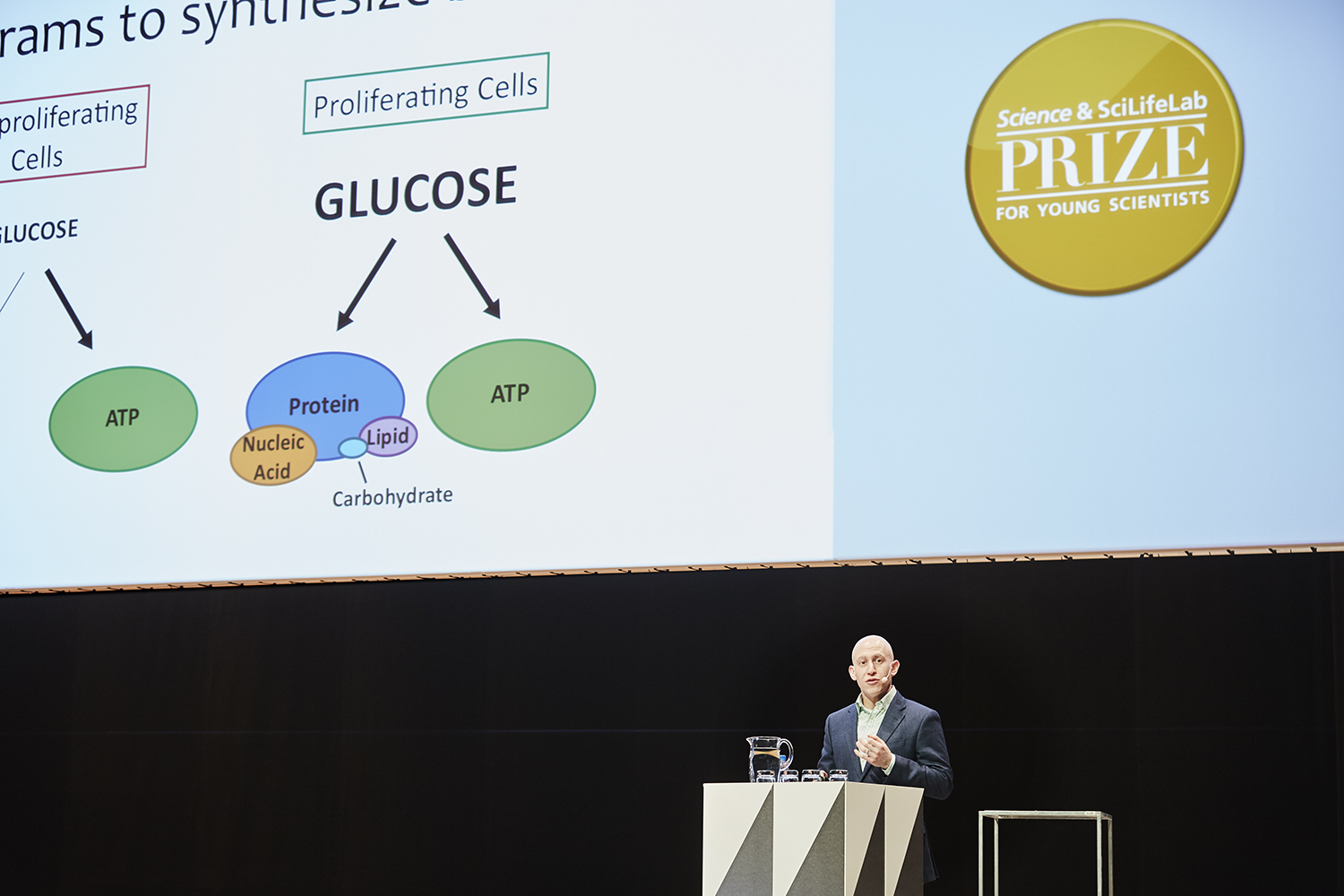 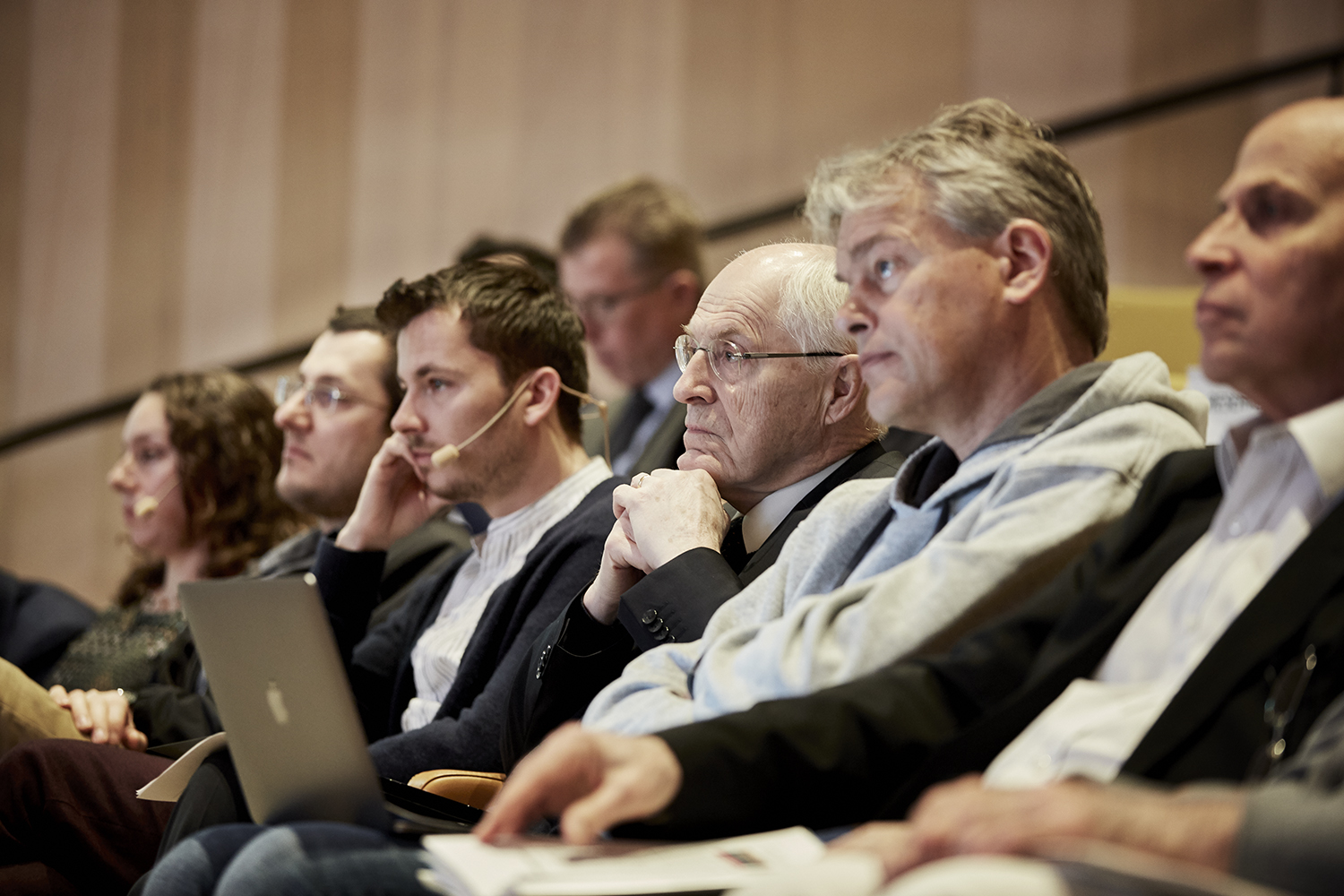 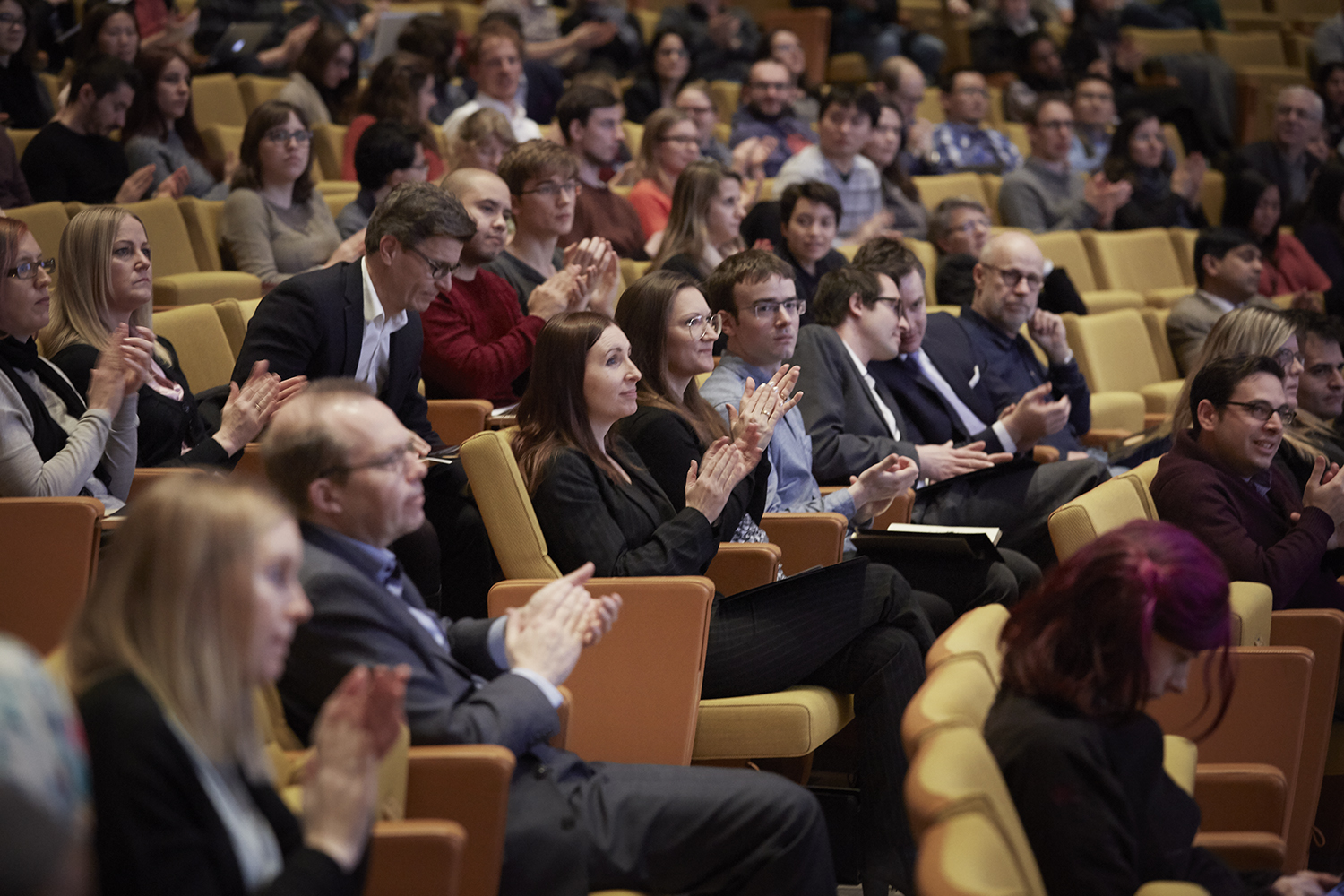 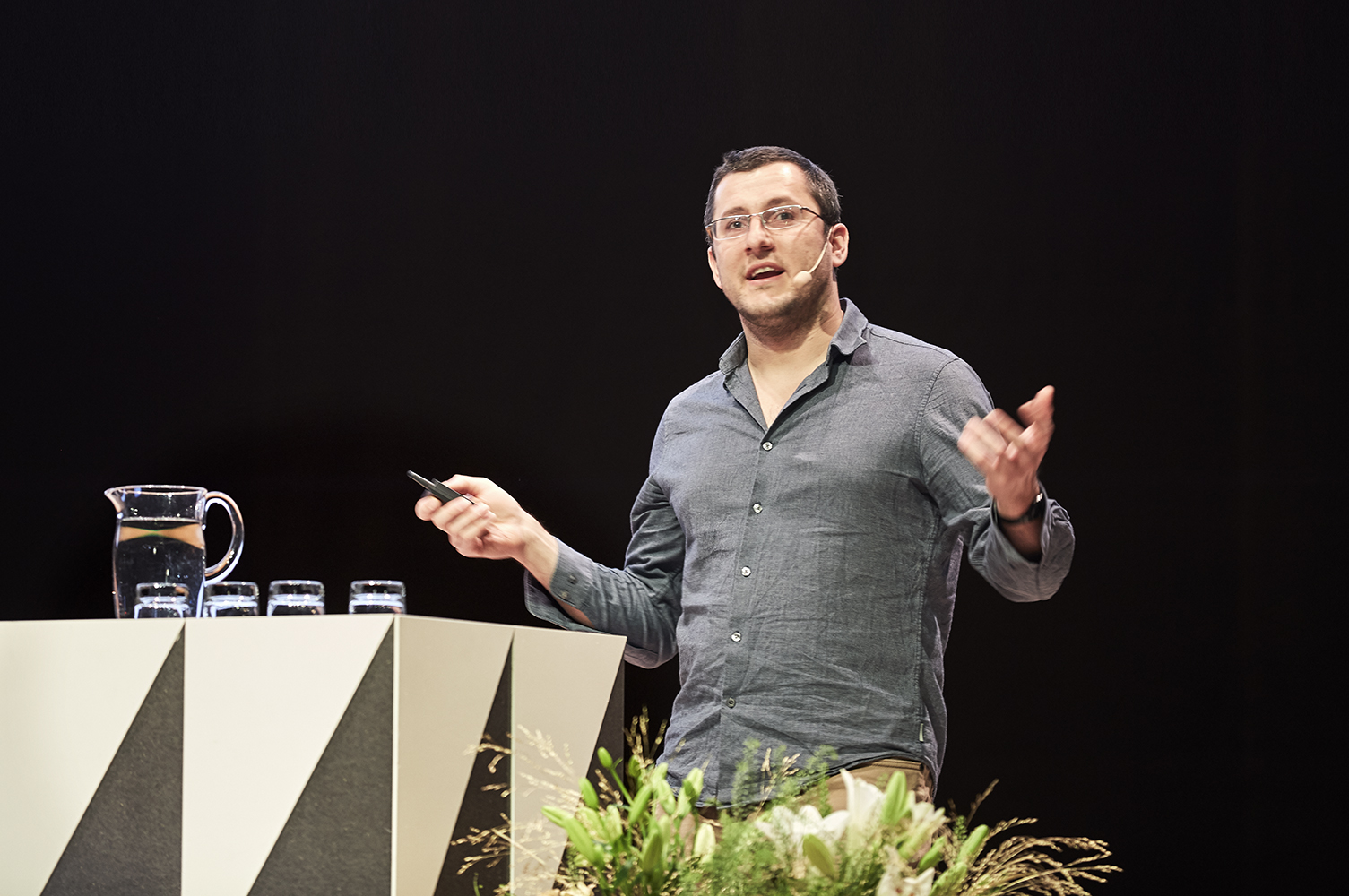 For many, the morning of December 11 is the day when the festivities and commending of scientific discoveries has come to an end, until next time. However, for this year’s awardees of the Science & SciLifeLab Prize for Young Scientists, it meant the beginning.

During the day, the four winners got to present their research discoveries, as well as their journeys in the field of science, at the open symposium Finding Your Way in Science held at Aula Medica in Solna. In the audience, one could find researchers on all levels, ranging from PhD students to Nobel laureates.

Jared Mayers (Brigham and Women’s Hospital Boston, USA), winner of the prize category Translational Medicine, kicked the event off with his research on differences in how cancer cells and normal cells utilize of nutrients and how this has been linked to genetic changes in cancer, opening up an opportunity for drugs targeting metabolism.

Kelley Harris (Stanford University, USA), Genomics and Proteomics category winner, thereafter presented her work on building evolutionary models to interpret the historical record of mutation events in the human genome and coming to the conclusion that the mutation process itself has continued to evolve during recent human history.

The winner of the Cell and Molecular Biology category, Mijo Simunovic (Rockefeller University, USA) spoke about how he took part in discovering a new pathway by which signaling proteins and certain pathogens enter cells and then constructed artificial cell membranes that he manipulated using lasers and microscopes to understand the process.

Stilianos Louca (Biodiversity Research Centre in Vancouver, Canada), the Grand Prize winner and Category winner of Ecology and Environment, presented his results on how the dynamics of metabolically important microbial genes can become independent of the taxonomic composition of microbial communities.

In the evening, the winners were honored at a celebratory banquet in the Hall of Mirrors of the Grand Hôtel in Stockholm – the original venue of the Nobel Prize festivities. In addition to their monetary awards, the winners also received prize statuettes designed by Alicia Bergsten. Some 150 invited guests, including the Nobel Prize winners of the Knut and Alice Wallenberg Scientific Advisory Board, enjoyed a three-course dinner and entertainment by musical artist Maja Francis. Present at the banquet were a number of previous winners of the Science & SciLifeLab Prize for Young Scientists, celebrating 2017 being five-year anniversary of the award.

During their visit in Sweden, this year’s winners also got to attend the Nobel Prize ceremony, visit SciLifeLab in both Stockholm and Uppsala and meet with high school students to discuss the rewards and challenges of pursuing a career in research. 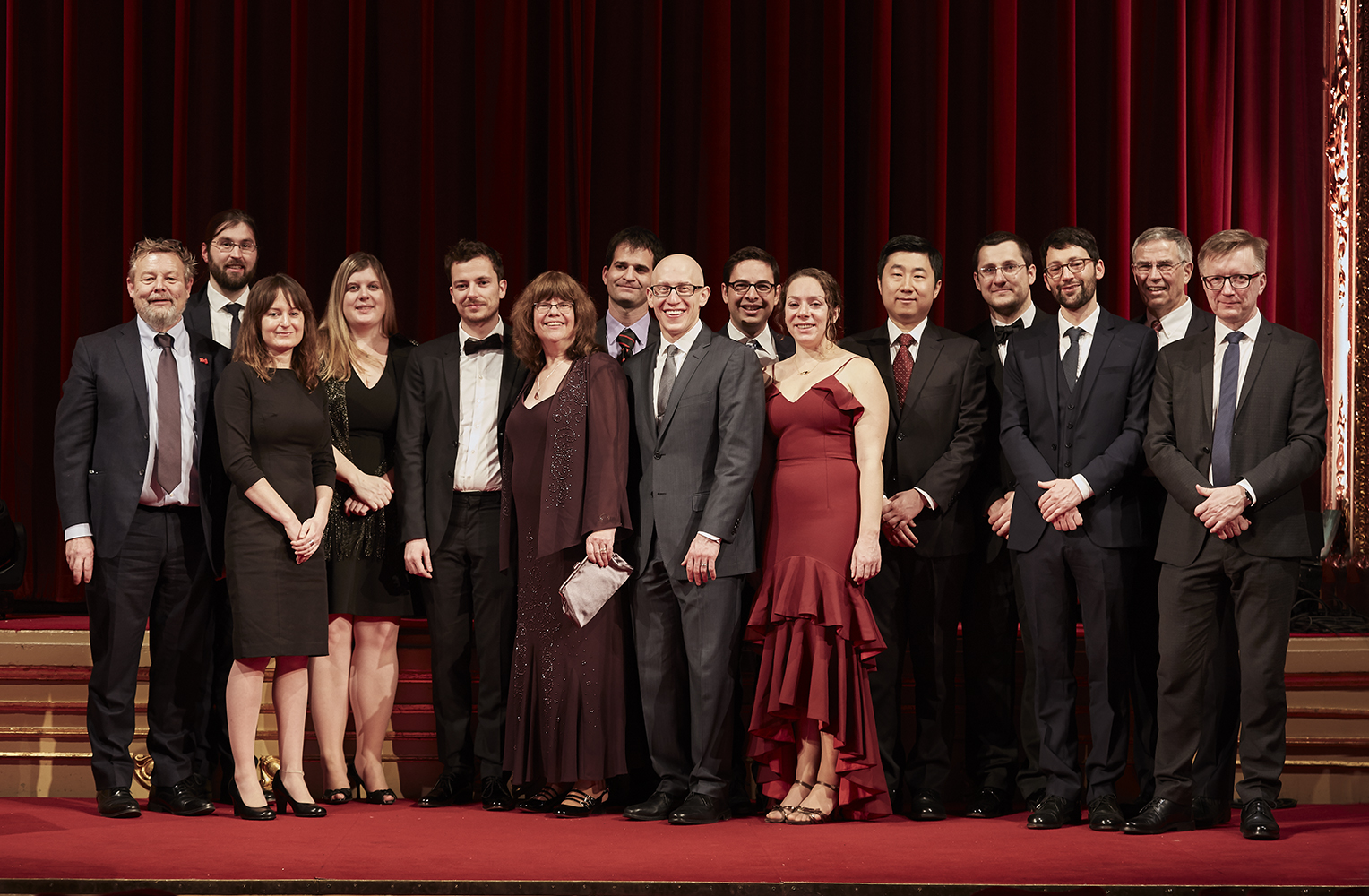 The Science & SciLifeLab Prize for Young Scientists is made possible by the kind support of Knut and Alice Wallenberg Foundation.