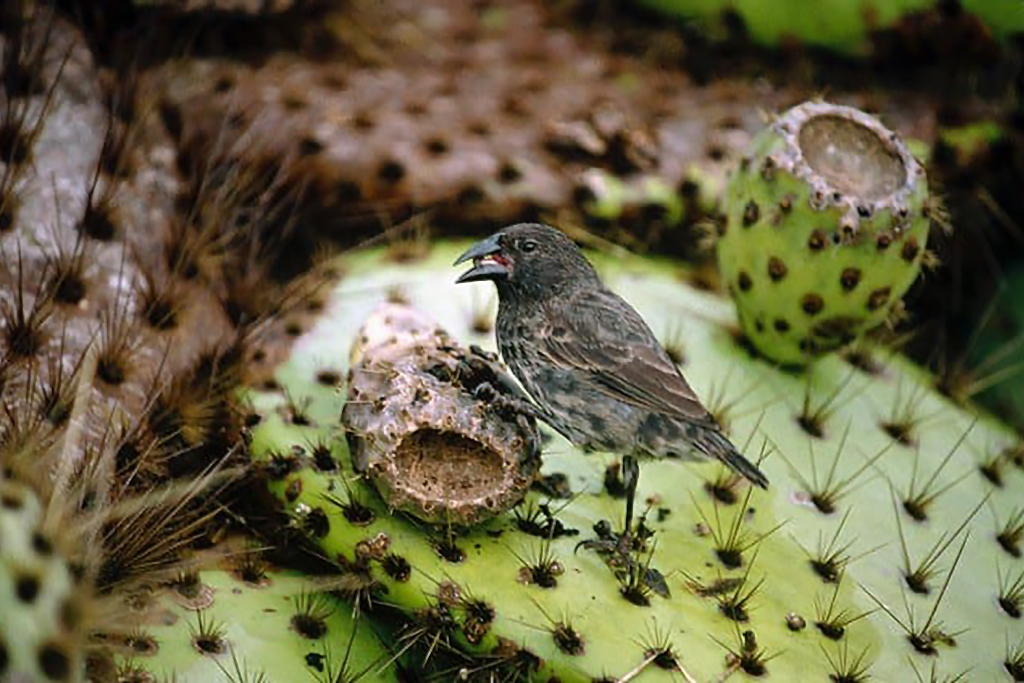 Facilitated by the SciLifeLab National Genomics Infrastructure (NGI), researchers from Uppsala University and Princeton University have been able to show that the beak morphology of Darwin’s finches has been affected by hybridization – gene exchange between two closely related species – something previously thought to be very rare. The study was published in Nature Ecology and Evolution.

During the last 1-2 million years, 18 species of Darwin’s finches evolved from a common ancestor on the Galápagos islands. Some of the species have only been separated from each other for less than a few hundred thousand years. This makes them perfect for studying hybridization between species.

The study’s Co-authors Rosemary and Peter Grant of Princeton University have been studying these finches for 40 consecutive years and observed only occasional hybridization between two distinct species, the common cactus finch and the medium ground finch.

“Over the years, we observed occasional hybridization between these two species and noticed a convergence in beak shape. In particular, the beak of the common cactus finch became blunter and more similar to the beak of the medium ground finch,” says Rosemary and Peter Grant in a press release from Uppsala University. “We wondered whether this evolutionary change could be explained by gene flow between the two species.”

“We have now addressed this question by sequencing groups of the two species from different time periods and with different beak morphology. We provide evidence of a substantial gene flow, in particular from the medium ground finch to the common cactus finch,” explains first author Sangeet Lamichhaney (Kent State University, USA).

“A surprising finding was that the observed gene flow was substantial on most autosomal chromosomes but negligible on the Z chromosome, one of the sex chromosomes,” says Fan Han (Uppsala University), who analysed the data. “In birds, the sex chromosomes are ZZ in males and ZW in females, in contrast to mammals where males are XY and females are XX.”

This mating pattern can be explained by the fact that male Darwin’s finches tend to sing songs similar to their father’s song and females tend to mate with males that sing like their fathers. Hybrid females receive their Z chromosomes from the cactus finch father and their W chromosome from their medium ground finch mother, which explains why genes on the Z chromosome cannot flow between the species via these hybrid females. Genes from other parts of the genome can, however, because parents of the hybrid contribute equally.

“Our data show that the fitness of the hybrids between the two species is highly dependent on environmental conditions which affect food abundance,” says Leif Andersson (SciLifeLab/Uppsala University/Texas A&M University). “That is, to what extent hybrids, with their combination of gene variants from both species, can successfully compete for food and territory. Therefore, the long-term outcome of the ongoing hybridization between the two species will depend on environmental factors as well as competition.”

“One scenario is that the two species will merge into a single species combining gene variants from the two species, but perhaps a more likely scenario is that they will continue to behave as two species and either continue to exchange genes occasionally or develop reproductive isolation if the hybrids at some point show reduced fitness compared with purebred progeny. The study contributes to our understanding of how biodiversity evolves,” Andersson concludes.

The study shows that gene flow between closely related species, through hybridization, could potentially be a lot more common than previously believed.